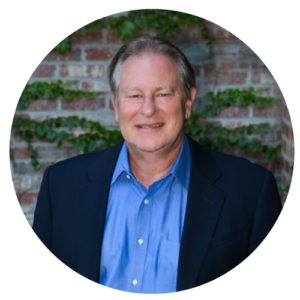 Barry Seaton has more than two decades of experience in intellectual property and data privacy law, entertainment, video game and media law, corporate, business and contract law, and wills & trust law. In 2004, he founded Seaton Law Group with the goal of providing big firm legal services at an affordable price to clients in the entertainment and video game industries. Over the years, Barry has grown his practice to include artists, writers, individuals, and companies across a wide variety of industries.

In addition to serving in private law practice for more than two decades, Barry has also served as General Counsel at worldwide video game company Crave Entertainment Group, and as in-house counsel at Fox Family Worldwide and Saban Entertainment.

Barry earned his B.A. in Political Science from prestigious Revelle College at University of California San Diego. While in college, Barry served as an intern at the City of San Diego Public Defender’s Office, California Department of Corporations and University Hospital.
Barry later earned his Juris Doctor from the University of Southern California (USC) Gould School of Law, finishing in the top quartile of his class.

Barry has lectured and taught extensively at USC and Southwestern Law Schools, the Los Angeles and Orange County Bar Associations, Game Developers Conference, and the Electronic Entertainment Expo (E3). His articles have also been published in the LA Daily Journal and other legal publications.

In his downtime, Barry enjoys Southern California with his wife, Sharon, their daughters Madysen (26) and Sam (23), and sons Ethan (24) and Tyler (21). He’s been a Little League coach and referee. He has also served on the Board of Jewish Federation Orange County and the Solomon Society, which raises funds and provides services for local causes, families and scholarships and international crises regardless of religious affiliation.

We counsel on, prepare, & execute carefully-considered estate plans & related documents such as wills and trusts that will protect your loved ones and safeguard your assets at an affordable price.

We specialize in intellectual property & data privacy law, with clientele across a wide variety of industries including technology, merchandising, entertainment, marketing & publishing.

“I believe in a proactive approach to advising and completing transactions for clients, working to deeply understand their issues and their businesses and best protect their rights, resolve their problems and document their transactions to avoid problems from reoccurring, allow their transactions to proceed smoothly, and put them in the most advantageous position possible if unanticipated circumstances arise.”